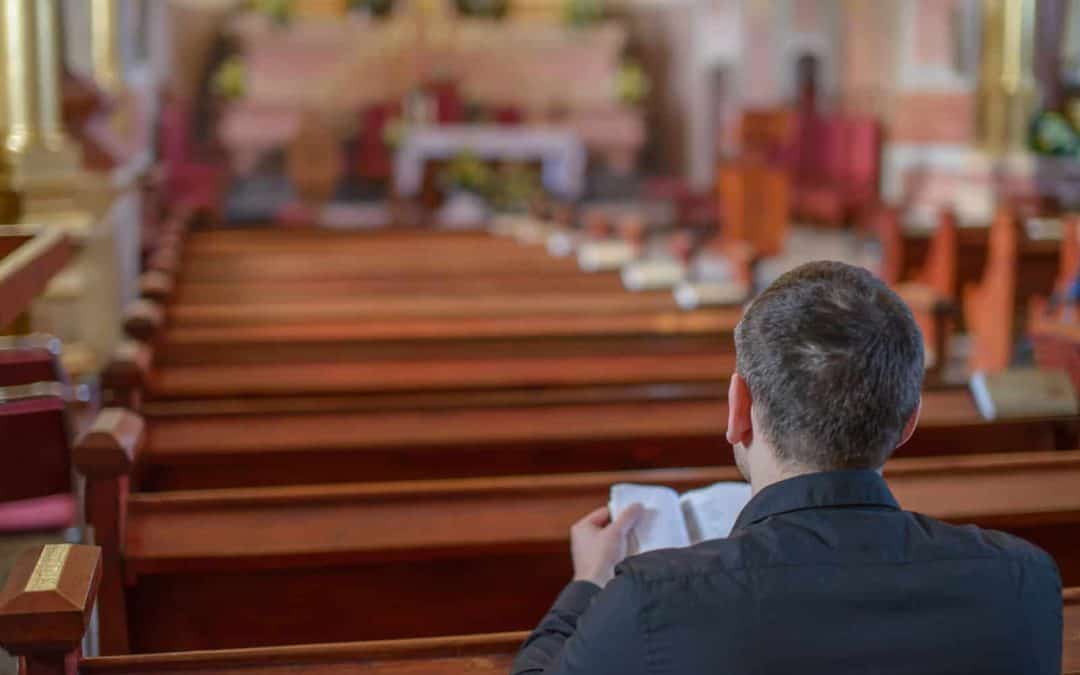 How to speak with a young man about priesthood

There’s a young man you’ve noticed around the parish. He’s fairly devout, seems friendly, and has an obvious love for the Faith.  “Perhaps he could be a priest someday,” you think to yourself.  But what should you do?  Do you:

A. Leave an anonymous note in the sacristy just before the Mass he usually serves.

B. Choose a quiet moment to say, “Jacob, I’ve noticed your strong character and love for God. I think you should consider the seminary.”

C. Give a pamphlet to his Youth Minister, in the hope she may give it to him.

D. After Mass, in front of all his friends, you point at him, saying loudly, “Hey Johnny! You’d look good in black!”

Mentioning the possibility of priesthood to a young man makes a difference.  Surveys show that the majority of priests first considered a priestly vocation because the idea was planted by a priest, a friend, or a family member. But there’s a right way and a wrong way to go about planting seeds.

Items A and C above are well-meaning, but too anonymous.  The first instance—leaving a note—is so surreptitious as to make the possibility of priesthood seem hush-hush, almost not appropriate for normal conversation.  It’s healthier to be up front about the fact that God calls everyone to a certain vocation, and that priesthood is among the options. Item C—giving a pamphlet through third party—is a bit better, but not the ideal.

As with so many things in life, the personal approach is best.  And thus the biggest consideration is your relationship to the young man. If you’re his pastor or his father, you are in a position of credibility, so your words can be very powerful.  But even if you’re relatively unknown to him—a person who just goes to the same Mass, say, or the parent of one his friends—you can still make an impact.  Let’s consider a couple of different scenarios.

If you’re very close to the young man, look for a special moment. It doesn’t have to be a dramatic, drawn-out conversation, but it should have an appropriate level of seriousness. Here is how Fr. Tom Richter describes just such a scene in Lend Your Own Voice to Christ:

“The father looks John in the eye and, with a voice filled with heartfelt care, says these simple words, ‘Son, the qualities I admire in priests, I see in you. And I want you to know that I would be honored if God would choose one of my sons to be a priest.’ He said nothing more than that; he did not need to. His father’s words claimed the attention of John’s heart and confirmed the thoughts in his mind.”

It is a sacred moment, heart speaking to heart, in the presence of the Holy Spirit. Yes, item B above is the best approach.

But let’s say that you don’t know the young man very well.  It’s after Mass, you’ve got your bulletin in hand, walking toward the parking lot, and he happens to cross paths with you on the sidewalk.  There’s not many others around.  “Hi there,” you say. “I’m Margaret.  I’ve noticed that you and I go to this Mass frequently. I hope you don’t think this is too forward, but I just wanted to let you know that you seem like a very faithful young man, and I bet you’d make a great priest if God called you.”

Could a scenario like this one be a bit awkward?  Yes, but much less so if you’re friendly and kind, and don’t push the issue.  It’s more like a compliment than anything else.  The man may even blush for a moment, but this much is certain: he’ll never forget it.  And later on, the thought may take root and begin to grow.

Needless to say, “Hey Johnny—you’d look good in black” is not the right way to plant seeds. It makes light of an important issue, and isn’t effective or appropriate.  Instead, look for the sacred moment. At the right time, God can work powerfully through you, even in an ordinary scene like walking down the sidewalk.

From the Holy Father

“I fervently exhort you to pay close attention to those members of parish communities, associations and ecclesial movements who sense a call to the priesthood or to a special consecration. It is important for the Church to create the conditions that will permit many young people to say ‘yes’ in generous response to God’s loving call.” – Pope Benedict XVI on World Day of Prayer for Vocations

From A Sacred Moment