Preaching about Vocations on Mother’s Day 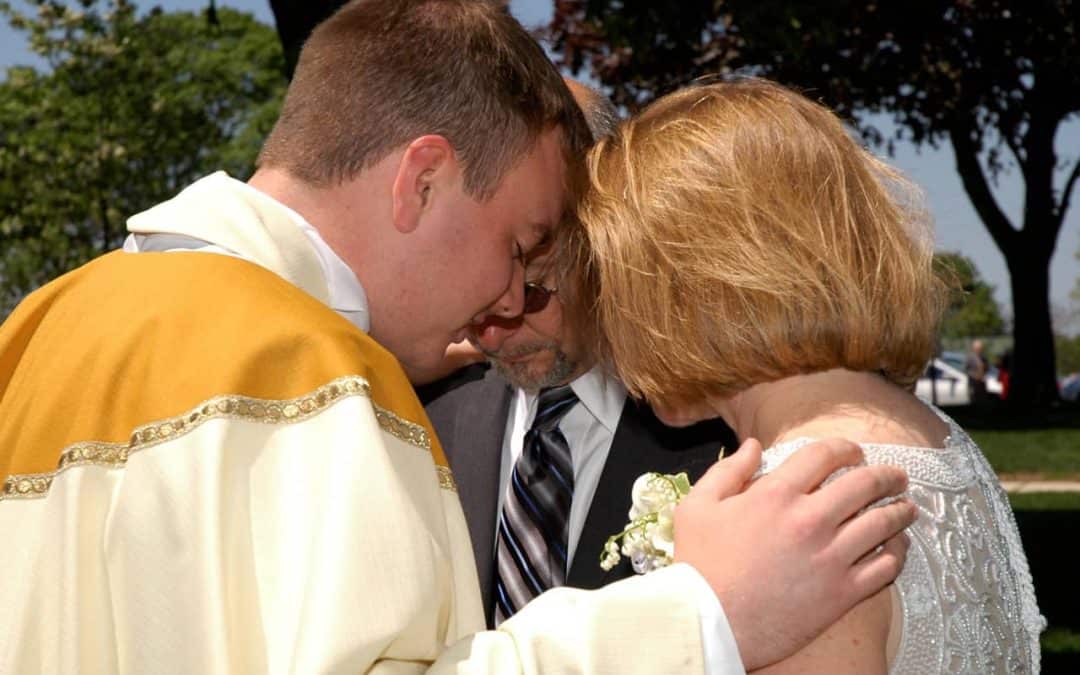 This coming Sunday, Catholic parishes will no doubt honor mothers in the congregation. But because May 12 is also World Day of Prayer for Vocations, some priests will wonder how they can also work in a vocations message at Mass.

Why not do both?

Below are six “homily starters” that illuminate the connection between motherhood and vocations. After all, what does every priest, brother, and sister have in common (aside from a love of God, the Church, and the Eucharist)? They all have mothers!

1. When the Pope Kissed His Mother’s Ring

Pope Pius X (1835-194) was a very humble man and had a saintly mother, Margarita Sanson. Because they were so poor, she worked as a washer woman and a school janitor to earn enough money so that he could go to the seminary. (In those days, the family had to pay for the seminarian’s education.)  When he was installed as Pope, his mother was present, and as was the custom, she kissed his large papal ring. She then presented her tiny hand with her wedding ring and said, “Now you kiss my ring—for without it, you never would have received yours!”

One could imagine a Jewish mother of a single son, while attending a wedding, might nudge her son to go dance with the young women—perhaps because she is ready for grandchildren! Not so with Mary at the wedding in Cana. She, of course, knew her son’s divine origins and suspected his divine mission. So instead, she sparked the beginning of Jesus’s public ministry—as well as his priestly ministry, because turning water into wine was a foreshadowing of him turning wine into his Blood. Thus we see in Mary an example of a mother who not only nurtured life, but also nurtured a vocation.

3. Mom Knows Best—the Blessing of a Priest in the Family

If you listen to enough priests tell their vocation stories, you’ll hear a theme emerge: the importance of their mothers. Most priest say their mothers imparted the faith to them from early childhood. And while some priests admit their mothers felt hesitant when they went to seminary, they also report that their mothers came around by the time of ordination. What leads to this change of heart? Often it is when parents see their son’s happiness. Typically, after ordination, the feeling of gratitude begins to grow. And when baptisms and weddings come around, mothers recognize there’s nothing like having a priest in the family to celebrate these special sacraments.

“How can it be a large career to teach other people’s children… and a small career to tell one’s own children about the universe? How can it be broad to be the same thing to everyone, and narrow to be EVERYTHING to someone? No. A woman’s function is laborious but because it is GIGANTIC, not because it is minute. I will pity Mrs. Jones for the hugeness of her task; I will never pity her for its smallness.”

5. What Dress Will I Wear to the Ordination?!?

From a mother of a priest in Connecticut: “I was thrilled when my son told me he was considering priesthood! But after my initial excitement, I had many concerns. What if he was ordained and changed his mind? Would there be parts of priesthood he would not like?  Would parish work be boring? I even wondered about what kind of dress I would need at his ordination! So my first advice to parents is to pray! Second, educate yourself about seminary and priesthood. Finally, be absolutely honest. In the end, my son knew I would be very happy if he was ordained. I also made it very clear to him that if it was not to be, I would not be crushed.”

Resources for Parents in Your Parish:

A Priest in the Family: Guidance for Parents Whose Sons Are Considering Priesthood