Skip Earth Day and Pray for Vocations Instead 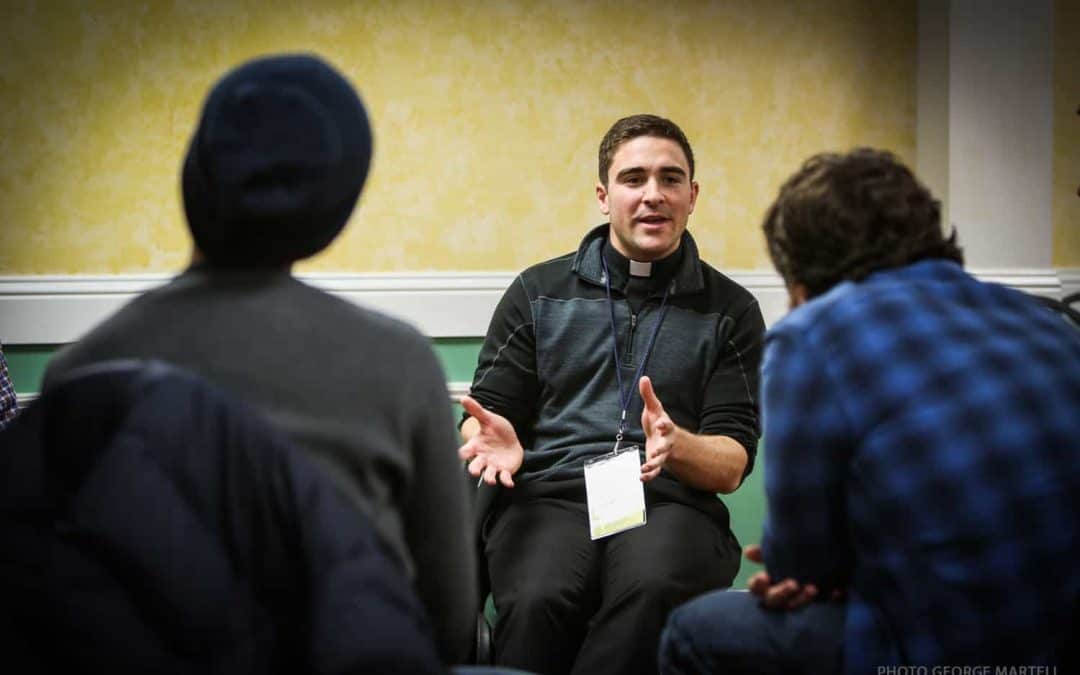 Recently, walking in the woods with my six-year-old daughter, I was amazed at how fluently she could speak about endangered animals. She chattered away about the last white rhino that died a few weeks ago. She knew about passenger pigeons who were once numerous, but now extinct. I was proud of her knowledge (though not exactly sure of its source). But in the back of my father’s mind, I wondered, “Does she know as much about the Church as she does about the earth?”

This year, on April 22, as the world celebrates Earth Day, we Catholics also celebrate Good Shepherd Sunday, which every pope for the last half-century has designated as World Day of Prayer for Vocations.

And just as the observance of Earth Day is precipitated by worries about the environment, World Day of Prayer for Vocations is necessary because the Church is experiencing a crisis in vocations.

Yes, it is a true crisis. The dramatic decline of priestly and religious vocation in the U.S. Church is undeniable. Compared to 50 years ago, we have 10,000 fewer priests and 140,000 fewer religious brothers and sisters—while the number of Catholics has grown by some 22 million (CARA). While it is true that there has been a slight uptick in seminarians in recent years, we are nowhere near replacement levels.

At a recent conference, I was speaking with a bishop about the lack of priests in his diocese. Like most U.S. bishops, he imports priests from other countries just to have a minimum number to staff his parishes. My impression is that he was resigned to this arrangement. “Everyone knows it’s a stop-gap measure,” he admitted, “But without enough good seminary candidates, what can we do?”

This is a very serious problem. In environmental terms, you could say that the ecosystem of the Church is out of balance. Priests, sisters, and brothers will not go extinct, but one could put them on the endangered list.

I work with a northeastern diocese that will soon have only 100 priests for 200 parishes. I shared as much at a recent gathering of Vocation Directors. One smiled wryly and said, “That sounds pretty good; many of the priests in my diocese have three parishes apiece!”

I would argue that from a cosmological point of view, this decline in the number of priests is more serious than the rise in global temperatures. Why? Not because this beautiful earth has no value, but because of the inestimable value of the human soul—and the irreplaceable role of priests as caretakers of souls. Likewise, the prayers of religious brothers and sisters are bound up with the wellbeing of each soul, and indeed the salvation of the world.

These are not commonly held beliefs. Years ago, I was speaking with a young woman who was working on a graduate degree in environmental science. We were talking about pollution and global warming. At one point she said in disgust, “Human beings are like a destructive virus on the planet.” Stifling offense at such a statement, let’s acknowledge it contains a bit of truth: human beings have, in many places, horrifically marred the landscape. But to then condemn humanity en masse is an absurd mistake. I suspect, though, that this sentiment is an undercurrent in much environmental thought.

In contrast, we Catholics should be unequivocal about the preeminence of human beings in comparison to the rest of God’s creatures. We were made on the sixth day in the image and likeness of God, as the capstone of creation. We are not a virus or a scourge. Indeed, we are so valuable that God became one of us, to save us by his death and resurrection.

Readers of Laudato Si, Pope Francis’ encyclical letter on the environment, will rightly point out that the Church, while recognizing the preeminence of mankind, deeply values the physical earth for its own sake. The Holy Father teaches that there is no biblical justification for “a tyrannical anthropocentrism unconcerned for other creatures” (68). Indeed, St. Paul teaches that “creation itself will be set free from slavery to corruption and share in the glorious freedom of the children of God” (Rom 8:21).

Nonetheless, while holding in our hearts a full and generous vision of ecological stewardship, we must, as faithful Catholics, still venerate the highest law: the salvation of souls.

Ordained priests, with enough time to adequately minister to people in ordinary parishes, are essential in the economy of salvation. If we think for a moment that we can fill the gap with creative lay ministry, we are mistaken. While I am enthusiastically supportive of lay-led ministries of many kinds, I know that the presence of priests and religious is irreplaceable. My experience with priestless parishes-—not to mention our spiritually ailing Catholic high schools—-has proven this many times over. Personally, there are lay brothers in my life who call me to holiness (thanks be to God), but none of them can hear my confession.

With one-fifth of U.S. parishes without a resident priest, we have to ask ourselves: what has become of the habitat that used to produce priests in such abundance? Why has noise pollution reached such levels that men cannot hear the call as they once did? Is the Catholic air so smog-filled that religious vocations cannot thrive?

When Earth Day coincides with World Day of Prayer for Vocations, as it does this year, I would invite Catholics to pay more attention to our ecclesial crisis than to our ecological cares. We can do both, to be sure, but I think one has more serious eternal consequences. With this in mind, perhaps we can read a familiar scripture in a new light: “What does it profit a man to gain the whole world and forfeit his soul?” (Mk 8:36).

Sam Alzheimer is the founder of Vianney Vocations, which works to inspire young Catholics to discern vocations to the priesthood and religious life.

For ideas on praying for vocations on April 22, visit www.worlddayofprayerforvocations.com