The “Witch” Who Scared Fr. Benedict Groeschel Into His Vocation 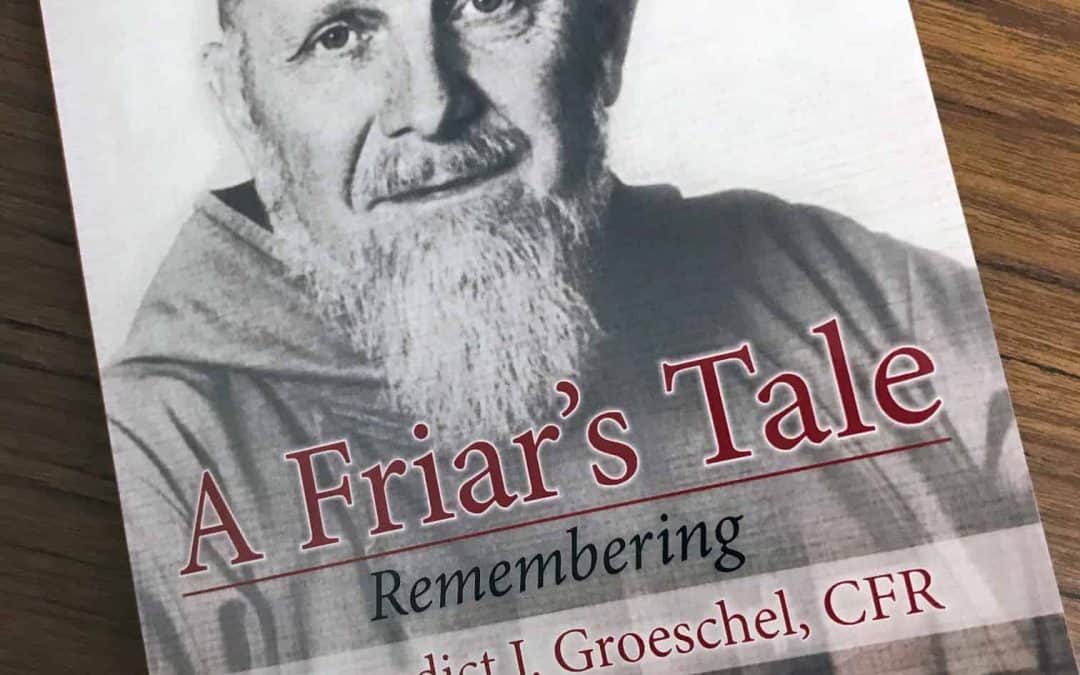 Looking for a great vocation story to tell Catholic kids? Here’s a gem from the recently-published A Friar’s Tale, by John Collins. It recount how young Peter (later Fr. Benedict) followed his school teacher and got quite a fright!

“At the age of seven I was an avid people watcher, as many children are. I noticed what the adults around me were doing and tried to figure out why they were doing it. One day I noticed that Sr. Teresa Maria did something unusual. She left by herself after school carrying a box. I wondered about that since the sisters usually went out two by two and rarely carried anything. A few days later I saw that she did the same thing; then she did it again, always heading in exactly the same direction. I couldn’t figure out what was going on, so I decided to make it my mission to find out. (My father had been reading to me from a book that had a title something like The Boy’s Book of Great Detective Stories. It had convinced me that I had the makings of a Sherlock Holmes—or at least a Hercule Poirot.) The next time sister appeared with her mysterious box I, the great detective, followed her, taking care that she didn’t see me.

“Sister walked to a rundown building, very different from the places in which people I knew lived, and I peered through the window to discover her taking a tray of food out of the box and placing it on the table. In the room with her was the person to whom she was giving the food: a woman so misshapen and ugly that to my seven-year-old mind she could be only one thing—a witch. I had recently seen my very first movie, Walt Disney’s Snow White. There was a frightening witch in the movie, and to me the woman in the room looked just like her. The “witch” glanced up, and for an instant our eyes met through the grimy windowpane. In the next instant I was running for my life, and I continued to run until I reached the parish church, the place I thought would be most safe. I slowed down when I stepped inside (I had to: I was winded, and, of course, I knew you never ran in church), but I made my way as quickly as I reasonably could to our Blessed Mother’s altar, where I fell to my knees begging her to protect me from the witch, who—for all I knew—was waiting for me outside the church doors.

“As I gasped for breath and prayed, I began to realize something that I had not appreciated before: the witch had done nothing bad to Sr. Teresa Maria. Sister was being kind to the witch and had remained unharmed. Perhaps even witches understood that a religious sister would do only nice things and never hurt anybody. As I looked up at Our Lady, I wondered if perhaps kindness and gentleness might be the key to taming witches—might be the key to many things. It was then that I felt, rather than heard, a voice. “Be a priest,” it said. “Be a priest.” It was at the moment that my life changed, that I was put on a path that I would follow for the rest of my years on earth.”

As this story shows, Fr. Groeschel was a master at making deep points with humor.  After you read the story to young kids (ages 5-11), here are a few discussion points to uncover the nuggets of wisdom:

Consider using this story in conjunction with other vocation-related materials such as the Children’s Vocation Worksheets from Vianney Vocations.

The above passage is from the book by John Colllins, A Friar’s Tale: Remembering Fr. Benedict J. Groeschel, CFR. (OSV, 320pp.)